I find that food cravings are largely dependant on the time of the year and the weather outside, although other factors such as pregnancy or drunkenness may also come into the equation. The current wintery weather makes me yearn for rich gamey casseroles, venison, steak & kidney puddings & thick, heavy soups. The New Forest where I grew up consists of 145 square … END_OF_DOCUMENT_TOKEN_TO_BE_REPLACED

According to meteorologists we are overdue a long, balmy, Mediterranean summer. Last year statisticians told us that there had never been three bad summers in a row, so ’99 was forecast to be a scorcher. Well they were wrong, so maybe, just maybe, 2010 is the one we’re waiting for. Already we’ve had a brief glimpse of what may lay ahead of us. The recent … END_OF_DOCUMENT_TOKEN_TO_BE_REPLACED

If restaurateurs could have their way the 14th February would always fall on a Monday. The good news is, it does in 2011. The bad news is, this year it falls on a Sunday. A day that is already traditionally busy & full with the noise & banter from families dining out with their kids. There are of course a few options still available, you could dine later in the evening … END_OF_DOCUMENT_TOKEN_TO_BE_REPLACED 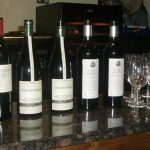 I was forced to take a bit of time out from the daily travails of La Bucca recently & found myself laid up for a few days with little to think about other than ways to get more bums on seats & different ideas to entice customers into the restaurants. One of the unfortunate things about being self-employed is that even when your body comes to a halt, your mind never … END_OF_DOCUMENT_TOKEN_TO_BE_REPLACED

I regularly read Paulo Tulio’s column in a Saturday supplement and although I don’t necessarily agree with everything he writes, it is obvious that he has a wealth of experience & knowledge of not only the Irish restaurant industry but of all things gastronomic. He is of course Italian and saves his most cutting & challenging observations for would be … END_OF_DOCUMENT_TOKEN_TO_BE_REPLACED

Everyone has a few icons in their life, people that they either aspire to be like, have attributes they’d like to replicate or just have personalities that they admire. On September 14th one of my personal icons passed away & went to the big kitchen in the sky. In a biographical documentary broadcast on the day he died, before the knowledge of his death had become … END_OF_DOCUMENT_TOKEN_TO_BE_REPLACED

I woke on my 20th birthday on a beach in Perpignan in the South of France, back in the days when it was deemed safe enough to throw a ruc-sac over your shoulder & disappear around Europe for a few months. Unfortunately, the said ruc-sac that I’d been using as a pillow was missing, along with most of my belongings. In hindsight maybe it wasn’t quite that safe … END_OF_DOCUMENT_TOKEN_TO_BE_REPLACED

Everyone has a ‘worst job I ever had’ story, unless you’ve never had a job. Dudley Moore & the late Roger Cook in their alter ego’s of Derek & Clive waxed lyrical about the difficulties of removing lobsters from Jane Mansfield’s posterior. Poor Jane suffered from ‘lobsterisimus bumakissamus’, more commonly known as ‘lobsters up the bum’, a result of bathing naked in the … END_OF_DOCUMENT_TOKEN_TO_BE_REPLACED

“Recession is the mother of re-invention”. According to Robbie Fox, who has been forced to go back to the drawing board after losing the battle to hold onto his portfolio of bars & restaurants. Once the stomping grounds of Ireland’s elite, Robbie’s businesses, including the prestigious Dublin nightclub Renards, unfortunately went into … END_OF_DOCUMENT_TOKEN_TO_BE_REPLACED

Although we moved house nearly three years ago we still have a number of unopened boxes with labels such as ‘kid’s videos’, ‘lamp shades’ & ‘kitchen stuff’. Surely after three years, if they’ve not been opened they’re never going to be, but that’s a different story. I came across one such box whilst tidying my shed … END_OF_DOCUMENT_TOKEN_TO_BE_REPLACED

At La Bucca we are always looking to strengthen our team.  Please click here to view all our current vacancies on our new careers site - jobs.labucca.ie

An ideal way to share and enjoy in a great night out! Click here to find out more

We are delighted to announce the re-opening of all 3 La Bucca Restaurants on Monday 29th June 2020. … END_OF_DOCUMENT_TOKEN_TO_BE_REPLACED 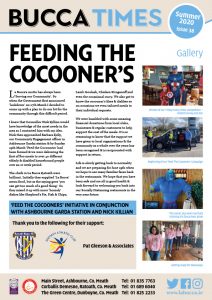